The Magic of Midsummer Awaits 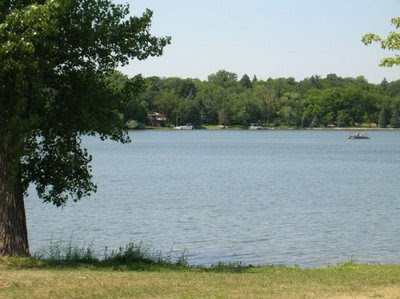 Note to Readers: The names of family members have been changed to protect the innocent.

Milder days with clearing skies have overtaken the free air conditioning we received earlier this week. Spinning on its axis, the earth tilts ever more toward the sun and in a week or so, we’ll pass the solstice marking the first day of summer.

Seasonal changes evoke nostalgia, and there’s no telling what memories will emerge unbidden from the unconscious. This morning, one of Shakespeare’s earlier comedies — set in Athens in midsummer — comes to mind.

I retrieve a heavy file box from the back closet and find the folder stuffed with mementos from my children’s college days.

I couldn’t possibly have kept it this long, I’m thinking, but there it is: the theatre program from the university’s production of “A Midsummer Night’s Dream.” The cover depicts Nick Bottom, the weaver, afflicted by Puck with the head of an ass, in the loving embrace of the spellbound Titania, queen of the fairies.

The faded blue program lists both my daughter and my son as members of the cast. Abby played Hermia, promised by her father to Demetrius, though she loves Lysander, and Ben played Robin Starveling, a local tailor.

I first learned of the casting when Ben called me at work. “Do you know what your daughter did?” he asked. Not waiting for an answer, he went on: “I’m majoring in the theatre. I rehearsed for hours for my audition. Abby’s not even a theatre major. She got an important role, and I got a bit part. They shouldn’t let students audition who aren’t theatre majors.”

Abby was a year ahead of Ben at the university, where she majored in history and political science. I got the call from her a few minutes after talking to Ben. “Mom,” she said, “You won’t believe this. I had a cold. I hadn’t even thought about auditioning. But my roommate insisted. And I landed the role of Hermia.”

Some twenty years later, I relive what it felt like to commiserate with my son one moment and celebrate with my daughter the next. Failing to put my nostalgia to rest, I’m compelled to read again “A Midsummer Night’s Dream.”

My mind resists the plunge into Elizabethan English, but the centuries dissolve under Shakespeare’s spell, and I laugh at times and marvel, too, as the magic of midsummer unfolds in the forest a few leagues from Athens.

Despite Puck’s carelessness and Cupid’s idiosyncrasies, the four young people escape from the woods well matched: Lysander with Hermia and Demetrius with Helena.

The happy couples follow Theseus, the duke of Athens, to his palace where a band of unlikely townsmen, including Starveling, offers to entertain the gathering. They describe their play within the play as both “merry and tragical.”

Those words, I note, also describe well the conflicting emotions I experienced that afternoon after the phone calls I received at work from my children.

The weeks passed and on opening night, friends and family packed the university theatre. To this day, I remember only that red-haired Abby was lovely as Hermia, and Ben brought the house down each time his Starveling appeared onstage.

Returning the file box to its niche in the back closet, I’m glad the season is still young; the Twin Cities may not be Athens, but the land of sky blue waters has its own attractions, and the magic of midsummer lies yet ahead.
Posted by VIRGINIA BERGMAN at 12:38 PM