From the NY Times, the dumbest convention coverage ever 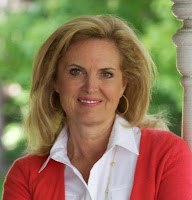 Alessandro Stanley's piece in the political section of today's NY Times has to be the dumbest convention coverage ever. Beyond dumb, however, Stanley's piece is also sexist, harking back to the 1950s when it was considered inappropriate for a woman to outshine her man.


Ann Romney is so gifted at politics, she may actually make her husband look a little bad. Their personality gap — her ease, his discomfort — has been evident in most of the many joint interviews they have given television reporters.
If you can stomach it, you can read more here.

Posted by VIRGINIA BERGMAN at 10:02 AM No comments: Links to this post

I caught parts of the Republican convention this evening and admit that Ann Romney was impressive. Overall, however, the monotonous refrain of "we built it" got old fast, especially since Republican leaders were knowingly ripping it out of context. Elizabeth Warren is the person who originally noted that no one ever makes it entirely on his or her own in this country; we all benefit from public education, law enforcement, roads and bridges, etc. She was simply stating the obvious.

Warren was quick to respond via email to the "we built it" declarations out of Tampa:


This email was sent to vbergman422@gmail.com. Click here to unsubscribe.
Posted by VIRGINIA BERGMAN at 11:40 PM No comments: Links to this post

The toppling of sports idols

Our capitalistic culture elevates the values of competition over those offered by cooperation. We’ve long accorded celebrity status to leading sports figures, giving them million dollar salaries while our teachers, nurses, firefighters, and police officers oftentimes struggle to make ends meet. So, how did it happen that football coaches, baseball greats, and bicyclists are held up as heroes and role models for our children; whereas, those who are dedicated to peaceful pursuits are relegated to a lower level?
The year 2012 may go down in history as the era of revealing the flawed characters of our athletic idols. In a column titled, Lance Armstrong, the hero deficit, and the unhappening, the Washington Post’s Alexandra Petri explores the meaning of the several exposés that have occurred recently in the world of sports:
The yellow wristbands were everywhere, not long ago. You could not walk down the street or turn on the TV without several glimpses of charitable rubber hanging out at someone’s cuff. Livestrong. If Lance Armstrong could battle cancer and win seven
Tours de France, we had no excuses.
Well, Lance Armstrong’s seven Tour de France titles are no more. So we have all sorts of excuses.
So why don’t I feel better?
Read more:
Posted by VIRGINIA BERGMAN at 10:10 AM No comments: Links to this post 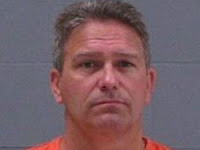 As a 1976 alum of Minnesota State University (formerly Mankato State University), I was dismayed to hear the news today that Todd Hoffner, MSU’s head football coach has been jailed on charges of pornography.
The AP reports:
The head football coach at Minnesota State-Mankato, was charged Wednesday with two counts related to child pornography after authorities said they found nude images of children on his cellphone.
Todd Hoffner, 46, of Eagle Lake, Minn., was charged with one count of using minors in a sexual performance or pornographic work, and one count of possessing child pornography. Both are felonies.
Read more:
Here’s Kare 11’s report:
Posted by VIRGINIA BERGMAN at 6:26 PM No comments: Links to this post

Chasing bears with a camera in Orr, Minnesota

Posted by VIRGINIA BERGMAN at 6:32 PM No comments: Links to this post

Is it any wonder Americans hate politics?

In her column titled, Self-preservation meet cynicism, Washington Post columnist Ruth Marcus discusses the questionable responses of members of both parties to Missouri Republican Todd Akin’s now infamous comment on the topic of women and rape:
Missouri Republican Todd Akin’s remarks about women not becoming pregnant from “legitimate rape” are so self-evidently offensive and ignorant they scarcely require a response. What merits more attention is what the episode exposes about the most fundamental of political instincts: self-preservation.
Start with Akin. The six-term congressman now running for the Senate posted a Facebook statement Sunday, explaining that he “misspoke” in making an “off-the-cuff” remark.
Marcus concludes her column by asking, “Is it any wonder Americans hate politics?”
Read the entire column.
Posted by VIRGINIA BERGMAN at 12:11 PM 4 comments: Links to this post

If you’re puzzled by the sudden proliferation of photo ID laws throughout the U.S., MinnPost sheds some light on the disturbing development by revealing the link between such laws and the American Legislative Exchange Council (ALEC), a Washington, D.C.-based, tax-exempt organization:
A growing number of conservative Republican state legislators worked fervently during the past two years to enact laws requiring voters to show photo identification at the polls.
Lawmakers proposed 62 photo ID bills in 37 states in the 2011 and 2012 sessions, with multiple bills introduced in some states. Ten states have passed strict photo ID laws since 2008, though several may not be in effect in November because of legal challenges.
A News21 analysis found that more than half of the 62 bills were sponsored by members or conference attendees of the American Legislative Exchange Council (ALEC), a Washington, D.C.-based, tax-exempt organization.
Read more:
Posted by VIRGINIA BERGMAN at 1:28 PM 2 comments: Links to this post

There’s no time to lose -- wolf protections are on the chopping block in Wyoming. Unless we get through to the President, it’ll be open season on Wyoming wolves this fall.

You can help by sending your letter to the President today. Our goal is to flood the White House with 100,000. We’ve already sent more than 62,000 letters -- make sure yours is included.

If federal officials move forward with delisting Wyoming's wolves, these amazing animals could be shot on sight, trapped and killed by virtually any means throughout most of the state.

Nearly half of the state's wolves -- including pups -- could be wiped out within just a year. Even wolves that wander beyond the invisible boundary of Yellowstone National Park could be shot dead.

Wyoming's wolves are one of the best hopes we have for bringing wolves back to states like Colorado and Utah -- but with such a brutal state plan in place, the future of wolves in the West becomes uncertain.

Urge the Obama White House not to turn back the clock on almost 40 years of Federal wolf protection in Wyoming.

In the year since federal protections were stripped from Idaho's wolves, more than 400 wolves in the state have been killed.

If wolves are delisted in Wyoming, these amazing animals will have no protections throughout most of the state. In these areas, no hunting license will be required: wolves could be killed by virtually any means for any reason -- or no reason at all.

Help us send 100,000 signatures to the White House before the U.S. Fish and Wildlife Service delists Wyoming wolves.

It’s up to you and me to ensure a lasting future for America's wolves.

Thank you for speaking out for wildlife.

P.S. The future of America's wolves depends on you. Ask the Obama White House to stop the delisting of Wyoming’s wolves today, before it’s too late.

Posted by VIRGINIA BERGMAN at 8:18 AM No comments: Links to this post

I studied basic math as an eighth-grader in the public school system decades ago. We were taught how to balance a budget and given other useful training prior to entering high school. So it’s a little shocking to read Paul Krugman’s latest post at the Conscience of a Liberal (NY Times) and discover that House Budget Committee Chair Paul Ryan, recently appointed VP candidate on the Republican ticket, is worse than mathematically challenged. The man obviously skipped eighth grade math and hasn’t paid much attention since as to how numbers add up – or not. Unfortunately, the beltway media seems to be as oblivious to financial reality as Ryan.
In an effort to wake up our delusional media, Krugman, a Nobel prize-winning economist, responds to Ryan’s “fantasy” budget proposals here:
Look, Ryan hasn’t “crunched the numbers”; he has just scribbled some stuff down, without checking at all to see if it makes sense. He asserts that he can cut taxes without net loss of revenue by closing unspecified loopholes; he asserts that he can cut discretionary spending to levels not seen since Calvin Coolidge, without saying how; he asserts that he can convert Medicare to a voucher system, with much lower spending than now projected, without even a hint of how this is supposed to work. This is just a fantasy, not a serious policy proposal.
Read more:
Posted by VIRGINIA BERGMAN at 10:06 AM No comments: Links to this post

Our secretary of state is loved wherever she goes, and its no wonder. Watch her connect with people in Johannesburg. (video courtesy of the Washington Post.)
Posted by VIRGINIA BERGMAN at 6:35 PM No comments: Links to this post

A radiant Hillary Clinton in Malawi

A longtime champion for women’s empowerment, Clinton met Malawian President Joyce Banda in the capital of Lilongwe and encouraged her to stay on a course of economic reform to make the country more attractive to foreign investment.


Read more:
Posted by VIRGINIA BERGMAN at 8:56 AM 2 comments: Links to this post