Peter Beinart’s post at the Daily Beast on President Obama’s approach to terrorism makes a lot of sense, especially if you accept the notion that regardless of your good intentions, violence always breeds more violence.

President Obama isn't nearly as scared of the terrorists as Bush was—and that’s precisely why al Qaeda is falling apart.

Republicans think about terrorism the way Democrats think about poverty. Democrats know their anti-poverty policies don’t always work. But they tell themselves that at least their hearts are in the right place, at least they care about the problem.

It’s precisely because Obama doesn’t see the terrorist threat as quite so epic that al Qaeda is falling apart.

Read more:
Posted by VIRGINIA BERGMAN at 8:53 AM No comments:

Protecting the U.S. homeland: waging peace instead of war 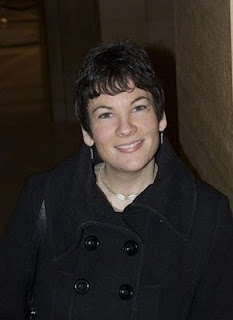 Since 9/11, the United States has understandably been preoccupied with defending itself against terrorists, and we continue to expend vast amounts of blood and treasure in fighting wars in Iraq and Afghanistan.

In the meantime, we’ve paid little attention to those who have chosen to wage peace instead of war, e.g., Julie Costa of Global Volunteers and Dr. Adil Ozdemir, a teacher and interpreter of Islam at St. Thomas University in St. Paul, Minn.

A volunteer manager for Global Volunteers, Julie has personally served on volunteer teams at four domestic sites and in 13 different countries:

Julie speaks movingly of her experiences serving on volunteer teams, which have included helping build a preschool in a fishing village in Ghana, West Africa; holding abandoned babies in Romania’s former iron-crib; debating human rights issues with college students in China; and providing literacy based tutoring to Cook Islanders in the South Pacific.

“Every one of these experiences has changed me in a profound way,” Julie said. “It is a much more intimate experience than going somewhere as a tourist. Virtually everyone who returns from serving on a team says the same thing, ‘I got back much more than I gave.’ That has always been my experience, as well.” 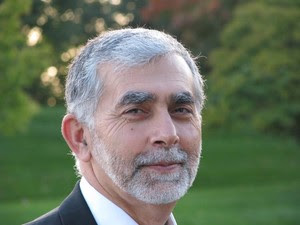 In his peace waging efforts, Dr. Adil Ozdemir (photo on right) a native of Turkey, reminds his students of the commonalities among major world religions:

The Abrahamic traditions of Judaism, Christianity, and Islam have several important foundational ideas in common beginning with monotheism, Adil explains. He points out that although there may be subtle differences among them, "each of these faiths teaches that every person deserves dignity, integrity, and respect with utmost love and care."

Adil reminds us that members of the above religions hold in common principles of human freedom and responsibility in caring for creation that ultimately lead to judgment and accountability. He notes that Islam, the youngest of the three faiths, honors Jesus, respects the Judaic and Christian prophets, and reveres the Hebrew and Christian scriptures, while at the same time offering new revelations by Mohammed.


Posted by VIRGINIA BERGMAN at 8:12 AM No comments:

If you can’t understand why the United States ranks 31st overall in the Global Gender Gap and 70th in the political empowerment of women, just scan the hostile readers’ comments that fill message boards every time anyone posts an article supporting women’s rights here or abroad.

Rita Mahato, a mother of three, works as a health adviser for the Women’s Rehabilitation Centre (WOREC) in Nepal, counseling rape victims and registering cases of domestic violence routinely dismissed by the local police. In June 2007, a mob of more than 60 men surrounded her offices, threatening to rape and kill Rita and her colleagues – demanding that they end their work. Three years later, Rita and her team continue to be threatened, harassed and physically abused, yet the police have failed to take action. Despite threats to her life, Rita perseveres defending the human rights of women and seeking justice for victims of domestic and sexual violence.

Sadly, Rita’s experience is not unique: women around the world are subject to abuse and many also face extreme poverty.

It doesn’t have to be that way. That’s why today a bipartisan coalition, led by Sens. John Kerry (D-Mass.), Barbara Boxer (D-Calif.), Susan Collins (R-Maine) and Olympia Snowe (R-Maine) in the Senate and Congressmen Bill Delahunt (D-Mass.) and Ted Poe (R-Texas) in the House, will introduce the International Violence Against Women Act (IVAWA). Introduction of this bill supports the efforts of President Obama and Secretary Clinton to rightly put women at the very center of a broad global security agenda that factors in the great challenges of our decade and invests in the world’s peacemakers.

Passage of the bill is critical. Every day, women and girls are battered, beaten, raped or otherwise brutalized. In some countries, more than 70 percent of women have been the victims of domestic violence. And, for most of these women, justice is elusive, because where violence against women is endemic, so too are impunity and poor governance. Not only can they expect police, prosecutors and judges to refuse to investigate cases against their perpetrators, too often, they can also expect to be condemned, shamed and even punished themselves.

Read more:
Posted by VIRGINIA BERGMAN at 8:41 AM No comments: