Racism widespread and up close

I’ve witnessed the cruelty of racism up close in recent months as it’s been played out in my apartment building. The most discouraging aspect of the ugliness has been the obliviousness to the problem among both whites and blacks. I’ve almost had to grab a neighbor by the shoulders and shake him to get him to see what has been going on.

Meanwhile, yet another young black man has been shot and killed by a white policeman, and the reverberations are still being felt across America.

Let’s start with what we don’t know: the precise circumstances under which a white police officer in Ferguson, Mo., shot dead an unarmed black teenager named Michael Brown.

But here’s what evidence does strongly suggest: Young black men in America suffer from widespread racism and stereotyping, by all society — including African-Americans themselves.

Research in the last couple of decades suggests that the problem is not so much overt racists. Rather, the larger problem is a broad swath of people who consider themselves enlightened, who intellectually believe in racial equality, who deplore discrimination, yet who harbor unconscious attitudes that result in discriminatory policies and behavior.

Posted by VIRGINIA BERGMAN at 8:08 AM No comments:

“The pornographic violence of religious killings”

The phrase, “the pornographic violence of religious killings,” jumped out at me as I read David Ignatius’s column titled The Hooded Face of Evil. Ignatius is commenting on the beheading of journalist James Foley, which the Islamic State has been boasting about lately. As a seminary graduate, I appreciate that Ignatius makes clear that “no faith teaches people to massacre innocents. No just God would stand for what they did yesterday, and for what they do every single day."

Ignatius provides a reasoned account of the developments culminating in Foley’s death and President Obama’s response so far:

WASHINGTON -- The propagandists of the Islamic State must have imagined that their brutal video of the beheading of journalist James Foley would intimidate and terrorize the world. But people aren't built that way, not in Muslim countries or anywhere else. When they see sadistic, uncivilized behavior, they are disgusted -- and angry.

President Obama spoke with special precision and moral clarity in reacting to the video's release Wednesday. The Islamic State, he said, "speaks for no religion. Their victims are overwhelmingly Muslim, and no faith teaches people to massacre innocents. No just God would stand for what they did yesterday, and for what they do every single day."


The videotaped beheading was a sign of the Islamic State's weakness, not its strength. "People like this ultimately fail," Obama explained. "They fail, because the future is won by those who build and not destroy." He spoke, as a president must, about the consequences of killing U.S. civilians: "We will be vigilant and we will be relentless. When people harm Americans, anywhere, we do what's necessary to see that justice is done."
The life and death of Osama bin Laden illustrate why the terrorist strategy is destined to fail -- if civilized nations maintain their will. Obama authorized the mission that pursued the al-Qaeda leader to his lair in Abbottabad, Pakistan. But in the months before his death, bin Laden knew he had failed.

Posted by VIRGINIA BERGMAN at 10:28 AM No comments:

I’ve been meaning to link to Anita Finlay’s post at The New Agenda in which she “defangs a Hillary basher” since it was first published. Finlay's answer to the question, “Is Maureen Dowd Necessary?” remains acutely relevant in the run up to the 2016 election.

Finlay has reminded me that in 2008, Arianna Huffington and Maureen Dowd were among the most vitriolic media types on the attack against Hillary Clinton. Dowd is already revving up for the next round, but Finlay, and hopefully others, have MoDo's  number:

Maureen Dowd, arguably the most powerful columnist at The New York Times, has made a career of loathing Hillary Clinton, painting her in a negative light as often as possible, whether she has anything to do with the topic at hand or not.

Dowd’s latest columns bash both mother and daughter.  First Dowd trashes Chelsea Clinton for the $75,000 fee she earns making speeches, although she donates every dollar to the Clinton Foundation.  Dowd, on the other hand, receive $30,000 per speech (giving about 12 per year).  No chump change that.  No word on how much she donates, however.

Then Dowd intimates that the only real star in the family (or in politics) is former President Bill, whom she finds equally distasteful, if charismatic…so much so, in fact, that Dowd avers he will have to drag his dull dolt of a wife across the finish line if she runs for President once more.

Since Ms. Dowd was one of the chief Hillary-bashers in 2008 and shows no sign of let up, it might be useful to deconstruct Ms. Dowd’s er, logic, as a tool to neutralize the negative effect her years of denigrating comments have on the reader’s psyche when it comes to Secretary Clinton and her family.

Herewith is a chapter from my book, Dirty Words on Clean Skin…

Women will never break the highest, hardest glass ceiling when other highly regarded women use their platforms to rip each other to shreds for what can only be monetary gain or a personal vendetta:

The stinging slights offered by several women who had wielded the written word in an effort to cut Hillary Clinton off at the knees were in a class by themselves.

Posted by VIRGINIA BERGMAN at 12:29 PM No comments:

Urgent: Save the Arctic Ocean from drilling


Happy Monday morning to all my friends of Katalusis, 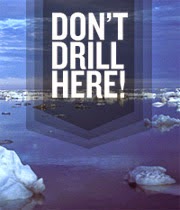 We human beings are accountable for protecting the lives of each of the birds, bees, and beasts on this planet. Those birds, bees, and beasts need our protection from the ravages of reckless oil and gas drilling as well as all other humankind assaults on their habitats. And let us never forget that each time a species is destroyed, the quality of life for all of us is diminished.

The email pasted below from Josh Nelson at CREDO provides an opportunity for you to quickly and easily do your part on behalf of our wildlife.

Urgent: Save the Arctic Ocean from drilling
1 message

Posted by VIRGINIA BERGMAN at 9:48 AM No comments:

Sexism: Hillary squelches the Neanderthals among us

The wisdom of Hillary Clinton’s strategy for dealing with the repugnant sexists among us is to be expected. The woman has risen above sexism throughout her public career, and she brings years of experience to squelching attacks from Neanderthals in the media, government, and the public at large. She sets a good example for women of all ages trying to find their place in the world.

Sisterhood becomes even more powerful when we take a lesson from Hillary:

As her book tour winds down and she considers whether she'll make another attempt to shatter the "highest, hardest glass ceiling," Hillary Clinton spoke with Glamour editor-in-chief Cindi Leive for the magazine's September issue.

When it comes to sexists, the former secretary of state has generally maintained a policy of disengagement. Leive asked Clinton how she's managed to smile through the often malicious gender-based criticism she's received, especially during a time as tense as her 2008 presidential run. Clinton shared her "guidelines" for dealing with sexist bullsh*t.

Read more:
Posted by VIRGINIA BERGMAN at 8:27 AM No comments:

Objective coverage of the Israeli-Hamas conflict

Late word has it the Gaza cease fire is holding, so the NY Times editorial published yesterday continues to be relevant. The Times editorial board has bent over backwards to be fair to both Israel and Palestine; the piece provides information easy to miss in day to day news coverage. For example, the Times reports the outbreak of anti-semitism occurring throughout Europe.

For the average reader in the U.S., it's likely difficult to maintain an objective appraisal of this continuing tragic conflict, what with the more heat than light responses from both the extreme right and extreme left. Should we be surprised that local lefties organized a protest against Sen. Al Franken, currently engaged in a vitriolic campaign with his Republican opponent? The lefties are mad at Franken for his supposed biased support of Israel.

But back to the Times editorial:


In the first good news in a long time, a 72-hour cease-fire appeared to be holding on Wednesday as Israelis and Palestinians tallied what was lost, and gained, during the latest war over the desperate Gaza Strip.

It was easiest to count the losses. More than 1,800 Palestinians, a majority of them noncombatants, and 67 Israelis have been killed. United Nations officials said 408 Palestinian children were killed and 2,502 injured. The physical damage in Gaza is estimated at $6 billion.

There are important but less tangible costs: the way ordinary Israelis have had to live in fear of rocket attacks; increasingly bitter strains on Israel’s relations with the United States; international criticism of Israel — and the outrage of anti-Semitic protests and violence in Europe. There seems to be little room left in Israeli politics for those who would end the occupation of the West Bank and Gaza and create an independent Palestinian state.

Both sides are tallying the blame. In too many cases, Israel launched weapons that hit schools and shelters and failed to adequately protect Palestinian citizens. But Hamas knowingly targeted Israeli civilian centers in violation of any civilized standard and launched weapons from populated areas in what looks like a deliberate effort to draw Israeli fire on innocents.

Both sides are claiming victory, Israel for wiping out 32 underground tunnels that Hamas intended for attacks on Israel, and Hamas for still being alive. In a mockery of its claim to have a political arm independent of its armed wing, political officials of Hamas were crowing about its determination to regroup and attack again.

Read more:
Posted by VIRGINIA BERGMAN at 11:13 AM No comments: