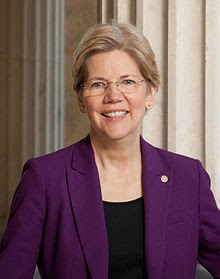 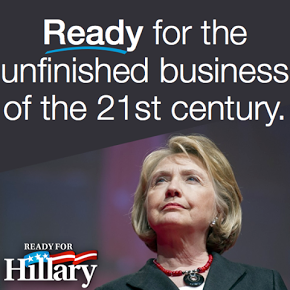 The Washington Post's Dan Balz does more than compare the recently published books by Hillary Clinton, Hard Choices, and Elizabeth Warren, A Fighting Chance. Balz also discusses each woman's biography and her qualifications for the Oval Office in case either Hillary or Liz chooses to run.

Balz has written an intriguing piece, and one item that caught my eye was his reference to the unfavorable comparison of Hillary's record as SOS with John Kerry's. Balz points out that today, "The comparisons between Kerry’s record and Clinton’s look far different than they did at the beginning of this year."

Balz's post at the The Take, is well-worth reading:

It’s always been said that you can’t tell a book by its cover. But sometimes book titles reveal something about authors. That’s certainly the case for two notable Democrats, Sen. Elizabeth Warren (D-Mass.) and Hillary Rodham Clinton.

Warren’s book, published this past week, is called “A Fighting Chance.” Clinton’s book, a memoir of her four years as secretary of state, is due out in June under the title “Hard Choices.” Warren’s title is aspirational, hinting at the world as it might be, a place where power would be more equitably distributed. Clinton’s title conveys a world in which the ideal and the real clash constantly and in which progress can be maddeningly slow.

Clinton is widely assumed to be running for president in 2016; Warren spent the week of her book tour saying she is not. But as two of the Democratic Party’s brightest stars, they are destined to play central roles in shaping the party’s direction after the Obama presidency ends. Whether they end up as rivals for the Democratic nomination is beside the point.

Read more:
Posted by VIRGINIA BERGMAN at 10:35 AM