Predator killfest on Burea of Land Management lands called off

Okay, Katalusis readers, I've been annoyed once again in the run up to Thanksgiving by the custom of US presidents pardoning a turkey obviously innocent of any crime; a Facebook friend reminded me that I'm not alone. It's a custom that speaks to the arrogance of humanity thinking itself above all other forms of life. We get to pardon a bird for existing? So it's refreshing on this day before our national holiday dedicated to giving thanks to hear from Defenders of Wildlife and this time with some good news! 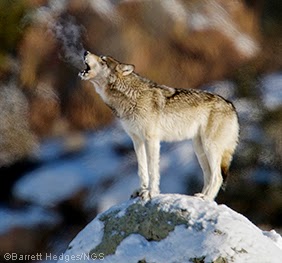 We just received word that the federal Bureau of Land Management (BLM) has withdrawn its permit allowing a “Predator Derby” to take place on BLM lands in Idaho. This was the appalling commercial derby that Defenders of Wildlife went to Federal court last week to block.

This is an important victory for wolves and other predators – and it’s one you helped achieve. The reversal came after Defenders went to court and tens of thousands of you expressed outrage over the decision to let the predator killfest go forward on BLM lands. Fortunately, senior officials at the Department of the Interior heard your voice and directed that the commercial derby permit be withdrawn.

Introduced by a “hunters’ rights organization,” the derby’s goal was to make a competitive, commercialized sport of killing wolves and other predators. This was a throwback to 19th century thinking when wolves were seen as vermin worthy only of extermination.

The BLM’s reversal is an important victory as we work around the clock to end the slaughter in Idaho. Sadly, it’s still possible that the derby could take place on federal lands elsewhere in Idaho. But we can take heart in the fact that, at least on BLM lands, wolves and other predators can breathe easier today. And we can remind ourselves that larger victories are not only possible, but inevitable, when wildlife defenders like you make your voices heard.

Thank you again. You’re making a difference, and we are so grateful!

Posted by VIRGINIA BERGMAN at 1:08 PM