Who gunned down the alpha wolf in WA State?

What's behind the insane killing of vulnerable wildlife? This email from Jamie Rappaport Clark of Defenders of Wildlife just hit my inbox.

Yesterday, we learned that the alpha female of the Teanaway pack was shot and killed, throwing the entire pack’s future into jeopardy. Disturbingly, the killing may have been intentional and a criminal investigation is underway since wolves in Washington State are protected under both state and federal law.

Fear and demonization of wolves is like a virus. Help Defenders stop the wolf hatred from spreading any further.

Defenders of Wildlife and our conservation partners are offering a reward for any information leading to the apprehension and conviction of the wolf’s killer.

There are barely 60 known wolves in the entire state of Washington. With the tragic loss of the alpha female, the fate of the Teanaway pack is now uncertain. This is a major blow to wolf recovery in the Pacific Northwest.

Please support our efforts to protect the Teanaway wolf pack and other vulnerable wildlife.

When you support Defenders, you stand with us to give a voice to vulnerable wildlife like wolves that have no voice of their own. You support expert field staff on the front lines of the battle to protect wolves. You support the best wildlife lawyers in the country. And you support our Washington, DC team who go toe-to-toe with those on Capitol Hill who want to exterminate wolves.

Defenders of Wildlife has been winning life-saving wildlife battles since 1947. But we are only as strong as our supporter base – people like you, who love wildlife and are willing to do their part.

Thank you for all you do.
Sincerely,
Jamie Rappaport Clark
President, Defenders of Wildlife 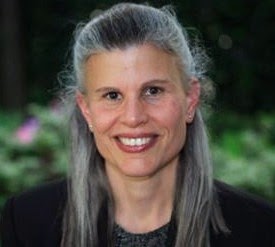 Posted by VIRGINIA BERGMAN at 3:24 PM