Which is worse, death or life imprisonment? 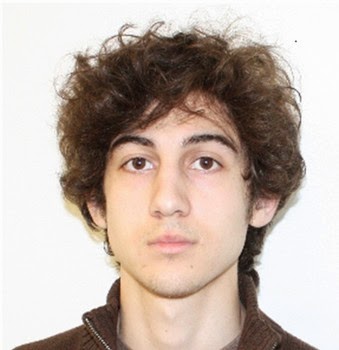 Which would be worse, death or life imprisonment? I'm opposed to capital punishment for obvious reasons: for one, killing someone to teach others that killing is wrong doesn't make a lot of sense. And if we aren't aware by this time that violence begets violence, we're obtuse - to put it politely. On the other hand, if you're only 21, life imprisonment could seem a fate worse than death. We can only speculate which option Boston Marathon defendant Dzhokhar Tsarnaev would prefer as he goes on trial for the deaths of three people and injuries sustained by at least 260 others.


BOSTON (AP) — Potential jurors stared intently at Boston Marathon bombing defendant Dzhokhar Tsarnaev as jury selection began under tight security Monday in what could be the nation's most closely watched terror trial since the Oklahoma City bombing two decades ago.

Tsarnaev, flanked by his attorneys, sat at a table at the front of the jury assembly room. Wearing a dark sweater and khaki pants, he looked down much of the time but occasionally glanced at the potential jurors and the judge. He also picked at his shaggy beard.

When U.S. District Judge George O'Toole Jr. introduced him to the first group of prospective jurors and asked him to stand, he acknowledged them with a slight nod.

Tsarnaev, 21, is accused of planning and carrying out the twin pressure-cooker bombings that killed three people and wounded more than 260 near the finish line of the race on April 15, 2013.

Over the next three days, a larger-than-normal pool of about 1,200 people will be summoned to federal court to be considered as potential jurors.

The first two groups of 200 people each were given initial instructions Monday by O'Toole and then began filling out long questionnaires.

Twelve jurors and six alternates will ultimately be selected. The judge said testimony in the trial will begin on Jan. 26 and last three to four months.

Posted by VIRGINIA BERGMAN at 3:51 PM