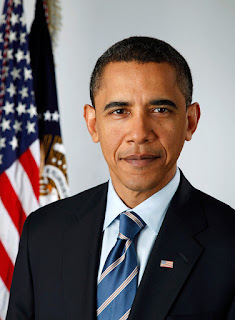 What would Martin Luther King, Jr. have to say about Obama's escalation of the use of drones in four countries to murder - without benefit of trial - those our president declares as America's enemies?

Yes, Nobel Peace Prize winner Barack Obama has outdone George W. Bush in his use of drones, thereby reminding us of MLK's warning about "guided missiles and misguided men."

At the Huffington Post, Norman Solomon highlights the use of drones by a president who campaigned on his superior judgment in opposing the Iraq War Resolution (never mind that he was not a US Senator at the time the resolution passed.)

Obama made no mention of King during the inauguration four years ago -- but since then, in word and deed, the president has done much to distinguish himself from the man who said "I have a dream."

After his speech at the March on Washington for Jobs and Freedom in August 1963, King went on to take great risks as a passionate advocate for peace.

After his inaugural speech in January 2009, Obama has pursued policies that epitomize King's grim warning in 1967: "When scientific power outruns moral power, we end up with guided missiles and misguided men."

But Obama has not ignored King's anti-war legacy. On the contrary, the president has gone out of his way to distort and belittle it.
In his eleventh month as president -- while escalating the U.S. war effort in Afghanistan, a process that tripled the American troop levels there -- Obama traveled to Oslo to accept the Nobel Peace Prize. In his speech, he cast aspersions on the peace advocacy of another Nobel Peace laureate: Martin Luther King Jr.

Posted by VIRGINIA BERGMAN at 10:15 AM