Coming Sunday: Hillary Clinton to announce her second run for the presidency 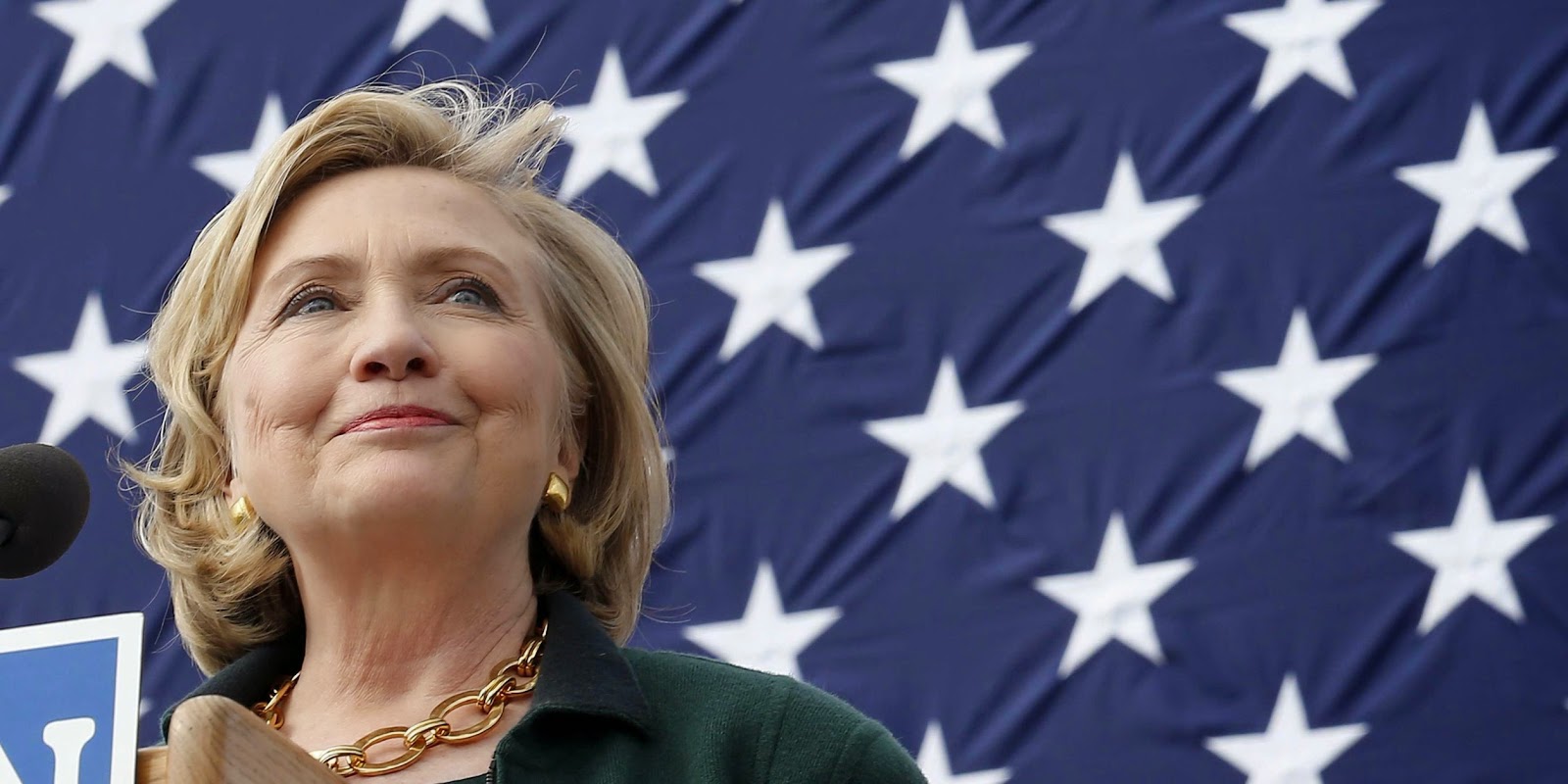 Banner headlines across the internet this afternoon offer a heads up on Hillary Clinton's expected announcement this Sunday of her second presidential run. In the International NY Times,  Amy Chozick and Maggie Haberman - with only a trace of cattiness here and there - have the story:

The prolonged prologue to Hillary Rodham Clinton’s second run for the White House will reach its suspenseless conclusion on Sunday: the former secretary of state, senator and first lady is to announce that she will indeed seek the Democratic nomination for president.

But for all the attention paid to how Mrs. Clinton would reveal her 2016 candidacy, little has been said about her reasons for mounting another presidential bid. Her campaign rollout is expected to provide voters, particularly users of Twitter, Facebook and other social media, a succinct rationale that she is best positioned to address an American electorate that has seen virtually stagnant wages for middle-income earners over the last 15 years.

A fresh epilogue to Mrs. Clinton’s 2014 memoir, “Hard Choices,” posted on The Huffington Post Friday morning, signaled a number of elements of what is very likely to be a familiar feature of her fresh campaign message: evoking her new status as a grandmother to talk about creating opportunities for all Americans.

Posted by VIRGINIA BERGMAN at 1:17 PM