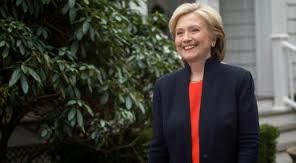 Note: This post has been updated to include in Item 2. Secretary Clinton's role in laying the groundwork for the Iran nuclear treaty.

Scanning the online news coverage of Hillary Clinton’s campaign launch has given me pause. Of course, several of the favorite sexist critiques of her from back when have emerged once again:

What Hillary’s critics have been most troubled by over the years is that this accomplished woman continues undaunted as she successfully maintains both her personal and professional life. And despite their attacks, Hillary rises yet again!

Posted by VIRGINIA BERGMAN at 9:53 AM