Romney the politician vs. Obama the would-be “transformative president” 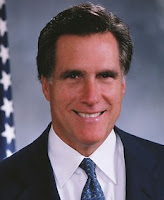 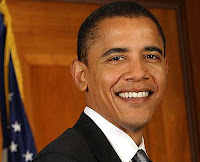 I don’t get it. Why is the media so stirred up over Mitt Romney’s portrayal as a politician? The Etch-a-Sketch candidate, etc. Would our astute pundits prefer that Mitt pose as a saintly gentleman, far above politics, who once elected will ride into Washington on a white horse and drive out all of the evildoers? Oops. That was Barack Obama in ’08. And he didn’t even wait until he assumed office; he lunged to the center immediately after the DNC anointed him as nominee.

As recently as last September, liberal NY Times columnist Charles Blow, who supported Obama’s candidacy from day one, asked his readers:
Does he have any interest in becoming the Obama of people’s imaginations, the one they thought they saw through the showers of streamers, and explosions of confetti in 2008 — the man who only ever existed in their own minds?
Is the “transformative president” more than an opportunistic transformer, shifting shape to suit the moment, but truly settling on none?
Blow continues:
He {Obama} isn’t only battling a calcifying cynicism about the inefficacy of government in general, he’s battling the rapidly hardening public perception that he himself is a product of what I call the doughnut doctrine of leadership — soft, glazy, hollow in the middle and ideally suited for getting dunked.
Ouch.
Posted by VIRGINIA BERGMAN at 8:49 AM