Get your fix PDQ 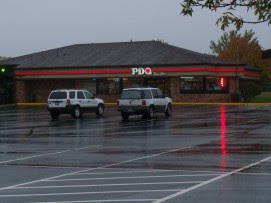 It’s the kind of topic families talk about while lingering at the dinner table waiting for dessert. “Whatever happened to that Tom Thumb store on our block?" Dad asks. “I wanted a pack of cigarettes the other day, and it was gone.”
Dad’s words stopped Mom in her tracks on her way out to the kitchen. “You have to be kidding,” she says. That store’s been gone for months. Great Clips is there now. That’s where I get my hair cut. And what’s with the cigarettes? You haven’t smoked for at least six years?”

Confused, Dad looks down at his plate and confesses he felt a powerful nicotine craving the other day. When the neighborhood Tom Thumb came up missing, he recalled his instructions from Clean Break, his treatment provider. He listed all the positives from not smoking like health, safety, saving money, cleanliness, personal freedom, social acceptance, etc., and he reassured himself that he was an adult and could smoke if he was that stupid. With his intense nicotine craving relieved, he drove straight home.

But that leaves the question of what happened to Tom Thumb and other convenience stores in the area that we once frequented. Their prices were highway robbery, but it was handy to run in and pick up a half-gallon of milk and a loaf of bread when you were in a hurry. And clerks didn’t give you a pitying look when they handed you a pack of Marlboros.

So there you have it. But I notice PDQ, a relative newcomer in the convenience store market, seems to be doing okay with 11 Minnesota locations. Well, right. It’s gotta be the clever name for the stores, the acronym stands for Pretty Damn Quick. Means a lot of you’re having a nicotine fit.

Posted by VIRGINIA BERGMAN at 12:59 PM