MLK Jr. holiday is not a "black holiday" 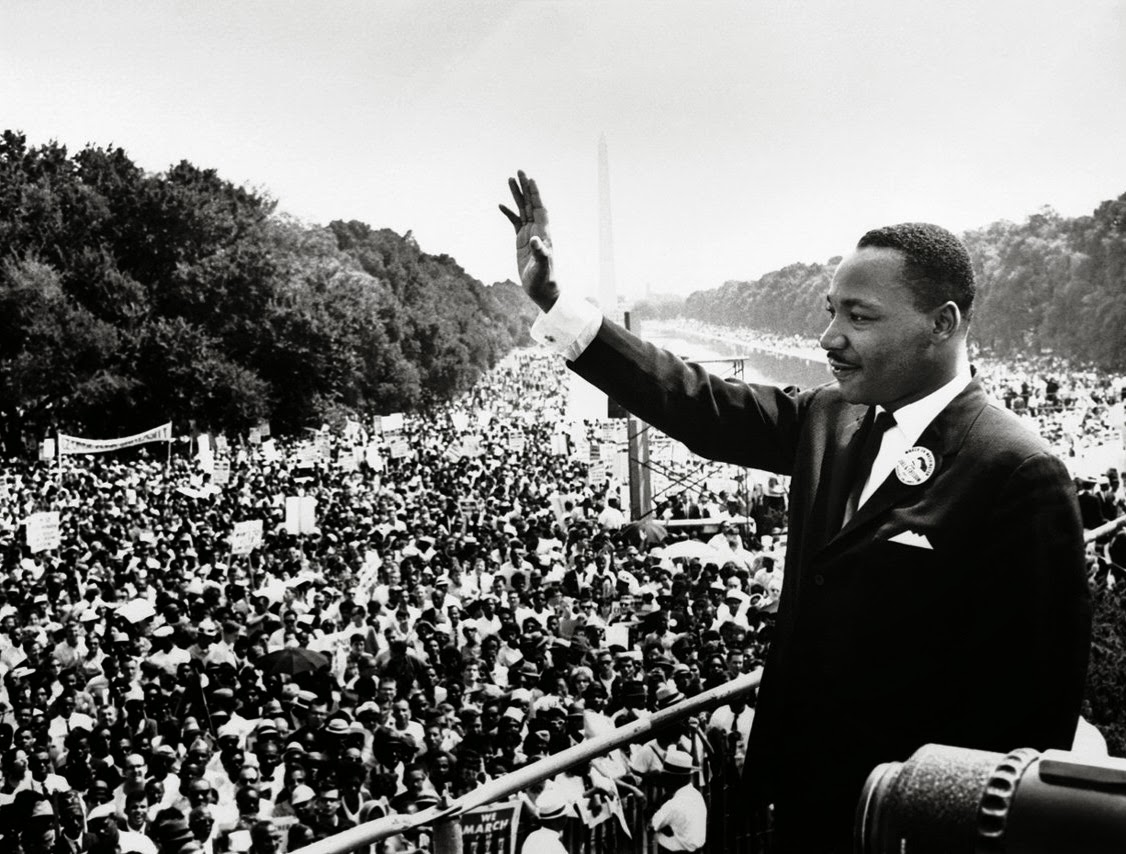 Earl Ofari Hutchinson, author and political analyst, reminds us of the struggle required to establish the Martin Luther King Jr. holiday in America, "the land of the free and the home of the brave." Hutchinson vividly recalls the many fronts toward equality for all and world peace that King launched prior to his assassination:

It took years of public protest and finally legislative action before Virginia in 2000 finally separated the state holiday commemorating Confederate generals and icons Robert E. Lee and Stonewall Jackson from the Martin Luther King national holiday. But Arkansas, Alabama, Georgia and Mississippi haven't been moved by the protests and still commemorate Lee's birthday along with the King holiday. This is the most glaring example of the still deep ambivalence and even blind eye toward the King holiday. But it's hardly the only example. It's become almost ritual to hear tales of school districts that refuse to close, businesses that refuse to make even a token acknowledgement of the day, or worse commercialize it, and for some GOP politician to say something dumb about King on his holiday.

The blind eye, indifference or even out right disrespect of the King holiday 28 years after the first King national holiday was officially observed shouldn't really surprise. It took decades and hard battles to get the King federal holiday bill enacted in the first place. Along the way the King family and millions of King admirers and devotees had to watch and listen to right-wing talking heads, led by one time North Carolina Senator Jesse Helms, heap every kind of slander, slur and abuse on King as a communist, agitator, unpatriotic, plagiarizer, and sexual philanderer. Then in what has to be one of the most galling flip-flops of hypocrisy in living annals, they have to listen to the same right-wing King maligners snatch a few quotes badly out of context from his speeches and writings about self-help and black crime and claim him as one of their own.

It still remains to be seen what effect the repeated public appeals from President Obama and Michelle Obama urging Americans to make the King holiday a day for public service will have. Obama certainly owes a deep gratitude to King and the civil rights movement. It opened the political doors for him and a generation of other black political figures. But his presidential appeals so far haven't been enough to crack the lingering resistance to a full and total acknowledgement of the world altering significance of King and the movement that he led. The reason for that is simple.


Posted by VIRGINIA BERGMAN at 8:29 AM