A letter from Hillary explaining the email matter 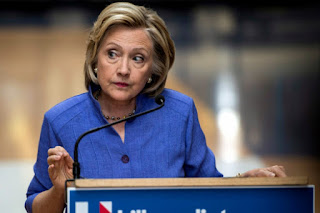 Just wanted to share this letter from Hillary Clinton in which she explains that pesky email issue. I don't expect this to shut up her critics, but at least the public stands a chance of being better informed about it despite the GOP's propaganda.:

I wanted you to hear this directly from me:

Yes, I should have used two email addresses, one for personal matters and one for my work at the State Department. Not doing so was a mistake. I'm sorry about it, and I take full responsibility.

It's important for you to know a few key facts. My use of a personal email account was aboveboard and allowed under the State Department's rules. Everyone I communicated with in government was aware of it. And nothing I ever sent or received was marked classified at the time.

As this process proceeds, I want to be as transparent as possible. That's why I've provided all of my work emails to the government to be released to the public, and why I'll be testifying in public in front of the Benghazi Committee later next month.

I know this is a complex story. I could have -- and should have -- done a better job answering questions earlier. I'm grateful for your support, and I'm not taking anything for granted.

I understand that you may have more questions, and I am going to work to keep answering them. If you want to read more, including my emails themselves, please go here:

Posted by VIRGINIA BERGMAN at 7:55 AM