The Defenders of Wildlife are calling us to defend the defenseless:

A war is raging. And the future of America’s wolves could depend on you.


They are dying by thousands – shot, trapped, gunned down from helicopters, left to die in snares. More than 2,100 wolves, including mothers and helpless pups, have fallen to a slaughter the likes of which
we haven’t seen for decades.


I know you care. And we need you now more than ever.
Please join us in our fight to save America’s wolves and imperiled creatures, and become a member of Defenders of Wildlife today for only $15.
As a special thank you, we’re sending all new members our 25 oz. aluminum water bottle FREE that features the Defenders of Wildlife logo along with a beautiful color image of a wolf.
There have always been wolf-haters. Driven by fear, greed and superstition, they exterminated wolves by the thousands. By the 1950s, wolves in the Lower 48 were all but extinct.
Twenty years ago, Defenders called for the reintroduction of wolves to the Northern Rockies. New packs were born. As the 21st century dawned, wolves were making an historic comeback.
But now the wolf-haters are fighting back harder than ever. They’ve declared war on the very wolves we worked so hard to restore to their former habitat.
Your urgent donation will help protect wolves, and other endangered species wherever they are threatened.
Donate today and with your gift of only $15 you’ll receive our 25 oz. aluminum water bottle FREE!
Defenders of Wildlife is America’s leading voice for wolves, panthers, manatees and other imperiled creatures. We are a dedicated team of field scientists, policy experts, wildlife lawyers, lobbyists and advocates with a remarkable track record of success.
But we are only as strong as our base of supporters. People just like you.
A war is raging. Won't you stand up to defend the defenseless? 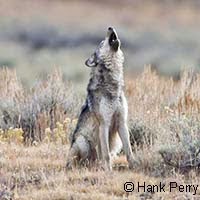 Become a member and receive our FREE 25 oz. water bottle!