In response to the newly aroused Hillary Haters 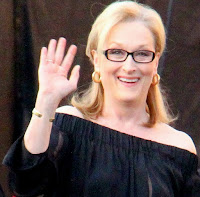 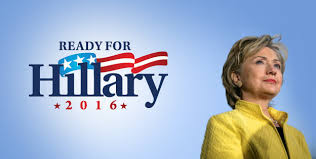 The Hillary Haters will no doubt continue their attacks on the best qualified candidate for president this year, but it has become increasingly obvious that their warped opinions bear little or no relationship to the real Hillary Clinton. Meryl Streep gets the word out:


Read Meryl Streep’s introduction of Hillary Clinton during the recent 2012 Women in the World conference:

Two years ago when Tina Brown and Diane von Furstenberg first envisioned this conference, they asked me to do a play, a reading, called – the name of the play was called Seven. It was taken from transcripts, real testimony from real women activists around the world. I was the Irish one, and I had no idea that the real women would be sitting in the audience while we portrayed them. So I was doing a pretty ghastly Belfast accent. I was just – I was imitating my friend Liam Neeson, really, and I sounded like a fellow. (Laughter). It was really bad.

So I was so mortified when Tina, at the end of the play, invited the real women to come up on stage and I found myself standing next to the great Inez McCormack. (Applause.) And I felt slight next to her, because I’m an actress and she is the real deal. She has put her life on the line. Six of those seven women were with us in the theater that night. The seventh, Mukhtaran Bibi, couldn’t come because she couldn’t get out of Pakistan. You probably remember who she is. She’s the young woman who went to court because she was gang-raped by men in her village as punishment for a perceived slight to their honor by her little brother. All but one of the 14 men accused were acquitted, but Mukhtaran won the small settlement. She won $8,200, which she then used to start schools in her village. More money poured in from international donations when the men were set free. And as a result of her trial, the then president of Pakistan, General Musharraf, went on TV and said, “If you want to be a millionaire, just get yourself raped.”

But that night in the theater two years ago, the other six brave women came up on the stage. Anabella De Leon of Guatemala pointed to Hillary Clinton, who was sitting right in the front row, and said, “I met her and my life changed.” And all weekend long, women from all over the world said the same thing:

Posted by VIRGINIA BERGMAN at 8:06 AM