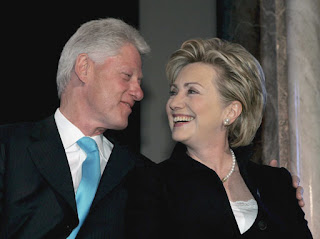 Alessandro Machi, Owner/Instructor at Myalexlogic.com, raised a good question in his comment posted in response to the Inquisitr’s report on the new PBS documentary on Bill Clinton’s relationship to Monica Lewinsky. Machi wrote:
I wonder if Soros is involved in some way in this "documentary" coming out. I bet this was planned just in case the media could not thwart the cry for Hillary Clinton to replace Barack Obama. Soros is tight with PBS, I bet they planned this documentary a couple of years ago, just in case.
Machi’s suspicions are well-founded. According to CNN, billionaire financier George Soros, a well-known Obama campaign donor, is now considering whether or not to create a super PAC to help the president win re-election.
Soros money also helps fund PBS, a network that boasts of its corporate sponsors, while self-righteously claiming “unbiased” news coverage. For example, in 2008 (a presidential election year), Soros’s Open Society Foundation gave NPR a $1.8 million grant.
And don't forget that during the 2008 Democratic primary, the NewsHour blatantly denigrated Hillary and Bill Clinton while fawning over Barack Obama. For example, Ann Taylor Fleming concluded one of her PBS NewsHour essays on Hillary Clinton by stating, “We want a woman president, but not this woman.”
The NewsHour staff has since continued to express its contemptuous attitude toward the Clintons at every opportunity. Machi is right. The PBS decision to run an anti-Clinton documentary during the 2012 presidential campaign is highly suspicious.
Posted by VIRGINIA BERGMAN at 10:35 AM