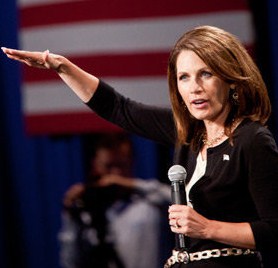 In a follow-up to his earlier post at Political Intelligence (Boston.com), Glen Johnson reports that Michele Bachmann denies any intention of endorsing Mitt Romney:
CHICAGO - Former Republican presidential candidate Michele Bachmann today denied any plans to endorse frontrunner Mitt Romney when he visits Minnesota this afternoon, following a Globe online post suggesting the possibility.
The Minnesota congresswoman noted she would be in Washington while Romney was appearing in Eagan, Minn. She also said that while she has had discussions with her formal rivals, she has no immediate plans to endorse any of them.
Read more:
Posted by VIRGINIA BERGMAN at 7:36 PM